Home > Testimonials > You won't be disappointed with AJB
Contact AJB for a Free Estimate!
Drop files here to upload

You won't be disappointed with AJB

My husband and I wanted a paver patio put in our backyard for those summer bbqs with family. We had done a lot of research and had an idea in mind of what we wanted it to look like. We had done our research and almost everyone was saying pavers are the way to go for a long term, low maintenance patio. We decided to call and receive bids from three different companies. 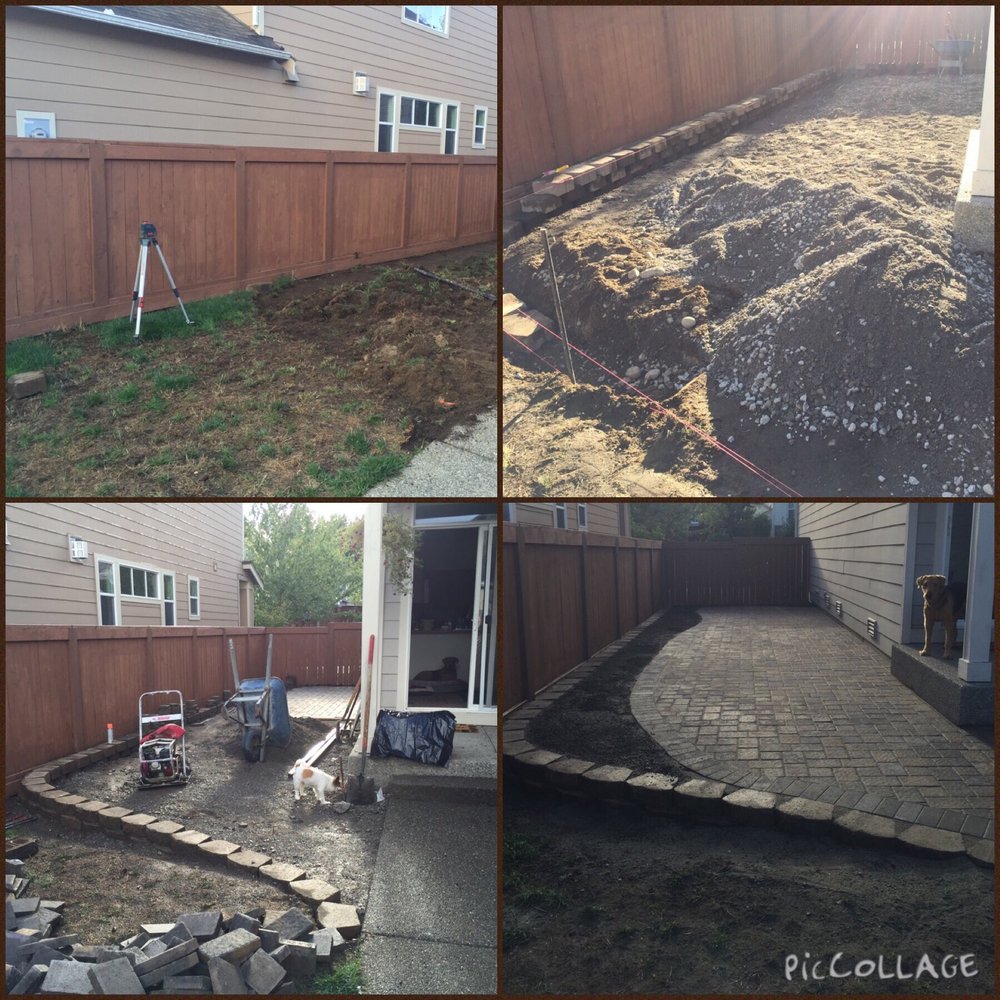 Lacey paver patio installation. Photo provided by Angela P. The company that came to give us our first bid didn't take measurements or give us the time of day, but the cost was half of what the second and third bids we were given. Aaron and his team at AJB were the second bid we received. He wasn't the cheapest and he wasn't the most expensive, but he spent a lot of time with us and shared his vision of what our patio could look like. We were impressed with his ideas and knowledge. His vision was definitely more than I had envisioned for our patio and I loved his ideas. The company with the third bid spent time with us, but didn't give us the quality of service that we had received from Aaron. Their bid was a few hundred dollars more and since the service wasn't as excellent as Aaron's we opted to go with Aaron and his team at AJB.

We almost didn't get the third bid because we were so impressed with Aaron and his vision, but opted to because the price between the first and second bids were so far apart. We thought a third bid would give us a better peace of mind with the expense. In the end you get what you pay for and we wanted a patio that was done correctly by someone who was knowledgeable even if it wasn't the cheapest. In our opinion cheaper isn't always better.

My husband and I were a little surprised with the cost of a paver patio, it was about twice what we thought it would cost, but after watching the crew and seeing all the work involved we can understand it. We're so thankful we went with Aaron and his team. They were professional and very hard workers throughout the entire process. The crew took the time to make sure it was done right and was exactly what we wanted.

With the Aaron's knowledge, skill and hardworking crew you won't be disappointed with AJB. My husband and I are so impressed with our patio, it makes us so happy every time we see it. We've shown it to our family and they are so impressed.